Why mushrooms are so popular in America these days 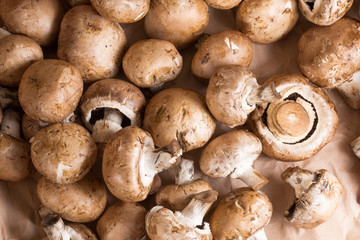 Mushroom. As interest in healthy foods and vegetarian foods increases,

Mushrooms are attracting attention as a substitute for meat in the US food industry.

Food companies are growing mushroom markets around the world using mushrooms as ingredients for snacks and chocolate.

It has a meat-like texture and is rich in nutrients,

Mushrooms are one of the most profitable crops for farmers and businesses, unlike other crops that suffer from fluctuations in raw material prices or trade problems, such as milk, corn and soybeans.

According to Farm Progress, fresh shiitake mushrooms are priced at $ 10-12 per pound and dried mushrooms at $ 6-8 per ounce.

The reason for the popularity of mushrooms has increased awareness of health.

Mushrooms have a variety of health benefits, including antioxidant effects, essential vitamins, and increased immunity, and have a positive effect when combined with food and beverage.

Accordingly, the US food industry is increasingly investing in mushrooms or developing products using mushrooms.

Mushrooms are now being used as snacks.

South Mill Champs has launched a mushroom-based snack brand to keep up with popular trends in plant-based snacks.

In addition, the company has developed a snack bar mushroom product that tastes like beef jerky or chocolate and is not allergic.

“To help consumers understand mushrooms, we are introducing recipes on fresh mushroom packages or emphasizing the benefits of mushrooms through social media.”

Using mushroom and corn together, zero vegetable fat, no cholesterol, no sugar, no artificial flavors, no coloring
This product is attracting attention as it is introduced as a savory snack, which is the fifth flavor that is emerging in the US.

Representatives of the company said, “Mushroom snacks can provide a therapeutic function as a snack with a natural taste.”

We also launched a Nude chocolate bar with mushrooms.
Nude Chocolate is attracting attention as a functional chocolate bar made by mixing Yeongji Mushroom with chocolate.